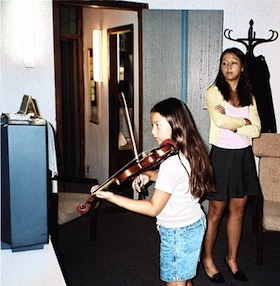 Amy Chua, a Chinese mom from New Haven, CT, boasts about an approach to parenting that would make Mao or Stalin proud. She’s an abusive authoritarian, totally focused on her kids achieving academically to their absolute limits. She’ll do just about anything to get them there. She doesn’t allow them to play. Whatever desires they voice are mere noise. Their emotional chatter is irrelevant.

When her 7-year-old daughter Lulu had difficulty playing a particularly challenging piano piece, Chua “threatened her with no lunch, no dinner, no Christmas or Hanukkah presents, no birthday parties for two, three, four years.” Chua didn’t let Lulu get up to take a break for many hours, not for dinner, not for water, not even to go to the bathroom. Chua insulted Lulu, telling her “to stop being lazy, cowardly, self-indulgent and pathetic.”

What’s really pathetic is that so many of us Americans are impressed with her Chinese parenting approach. This article, published in The Wall Street Journal, is excerpted from a new book by Chua entitled, “Battle Hymn of the Tiger Mother.” It’s currently the 33rd best selling book on Amazon.com. You can’t get to #33 on Amazon.com by selling exclusively to Chinese-American mothers like Chua. This book is a mainstream American blockbuster.
Lest you think that my criticism of Chua is culturally ignorant, I should tell you that I know Chinese mothers pretty well. My wife is one, having spent the first six years of her life in Shanghai before moving to Canada. My mother-in-law is another, having mothered my wife in Shanghai for those first six years, and then in Canada.

They do share some attitudes with Chua, but they go nowhere near as far as she does. My wife focuses her authoritarian impulse, meager by Chua’s standards, on our three boys’ diets. She battles daily to get them to eat organic fruits and vegetables. My mother-in-law, a piano teacher, sits my six-year-old son down twice a week for ten-minute piano lessons.

Fundamentally, my wife and my mother-in-law believe deeply in our boys’ own right to life, liberty and pursuit of happiness. By and large, they are happy to let our boys do what they want to do every day, and they want our boys to choose their own careers. You see, they fled Communist China back in 1979 to live a life of freedom in Canada and later the United States, and they’ve embraced the American value of liberty completely.

Do you believe in your children’s right to life, liberty, and the pursuit of happiness? Do you believe in this creed that largely defines America? If you do, you must reject Chua’s parenting approach.

I still remember back in the 1970s when my father first told me about the values conflict between America and the Communist Bloc. “In some countries, people decide what you’ll be when you grow up from the time you’re a little kid. They tell you what you must believe, and how to think,” he told me.

“You live in the United States, which is the greatest country on earth, because you can choose to do whatever you want to do,” he told me. I was in awe. I still am.

Back then, almost all Americans believed that our country was the greatest country, and in particular, that our system was best. If we had read about Chua’s parenting approach, we would have written her off as an authoritarian quack.

Today, though, we see China gaining fast on us, and we’re much less confident in the superiority of our fundamental values. Certainly, we can learn many things from the Chinese, but to abandon our embrace of human liberty would be tragic and foolish. It’s what has enabled us to reach the apex of the world, and it’s what keeps us there today.

So, Chua’s argument presents us with a challenge. In a narrow sense, the Chinese parenting approach has achieved great success. On average, Chinese primary and secondary school students – both in China and in North America, as Chinese-Americans – do get better grades and score measurably better on standardized tests than others.

Chua’s argument is that the source of this success is Chinese parents’ extreme control of their children. She may be right.

Yes, I want my children to achieve academically as well as elite Chinese kids like Chua’s. However, I’m not willing to severely repress my children’s liberty to do it. I don’t believe I have to. As a child, I had great liberty and I achieved at the highest level of academic success.

Chua believes that rights of life, liberty, and the pursuit of happiness are antithetical to children’s achievement. Hundreds of thousands, perhaps millions, are being persuaded by her words.

This is highly disturbing and, I believe, dead wrong. I, or someone out there who agrees with me, needs to prove it, though.

Who’s with me on this?