Which is More Valuable: A Happy Childhood or a Spot in an Elite University?

Published on January 6, 2009 by Mike Lanza
Posted in 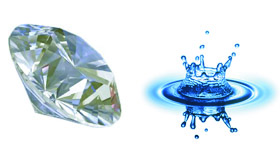 Whether they realize it or not, many parents act as though they believe that a spot in an elite university is more valuable than a happy childhood. As I have discussed in many Playborhood.com articles, they have granted children far less freedom to roam and time to play. Practically every child psychiatrist agrees that free play is a crucial building block of a happy childhood (see, for instance, The Childhood Roots of Adult Happiness), and yet most parents structure their children’s lives to make free play nearly impossible.

In addition, parents have imposed far more academic stress on their children than they had as children. They’re so focused on preparing their children for the best possible college education that they neglect the effect these efforts might have on their children’s happiness. In the meantime, depression among children has been increasing sharply for decades. Harvard Medical School Professor William Beardslee writes, “Depression in children has dramatically increased in recent years with approximately 3 to 5 percent of preteens and up to 15 percent of teenagers suffering from depression.” The fact that so many children are depressed is disturbing, but what’s even more disturbing is that psychiatrists say that children who are depressed are more likely to get depressed as adults.

There are no statistics on the number of children who are not depressed but are nonetheless unhappy (due to stress, lack of a sense of purpose, etc.), but this number is likely to be at least as high as the number of depressed children. In The Path to Purpose, William Damon was searching for a quality in children and young adults (ages 12-22) that is different from happiness, but related: a sense of purpose in life. Nearly a quarter of his research subjects expressed absolutely no purpose in life at all.

Children enter young adulthood with continuing serious emotional problems. Over 11% of young adults aged 18-24 in 2001-2002 were found to have have depressive disorders. What’s more, almost all experts say these problems are increasing. A 2008 survey of university psychological counseling center directors reports that 95.7% of them believe that psychological problems have been increasing among university students in recent years.

I do not believe that parents are willfully making their children unhappy. Instead, I believe they suffer from a fundamental misconception about the value of a happy childhood. A principle of economic theory called the “diamond-water paradox” provides a useful analogy to explain this misconception.1

Diamonds are extremely expensive, and water is extremely inexpensive. In fact, raw diamonds are on the order of at least 1 million times more expensive than municipal tap water, per unit volume. Which is more valuable, diamonds or water?

Since the earth has an enormous fixed supply of water and a relatively miniscule supply of diamonds, the price of water is miniscule compared to that of diamonds. Water, the plentiful resource, is taken for granted. In fact, people act as though its supply is unlimited and it has zero value. This notion about water has become so embedded into our culture that even when it is scarce, as in a drought, people have a hard time putting a value on it and conserving it.

So, what does all this have to do with happy childhoods and spots in elite universities? Today’s parents are treating the latter like diamonds and the former like water. So, they’re taking happy childhoods for granted, in effect placing no value on them. True, decades ago during the “Golden Age” of childhood, all childhoods were practically certain to be happy. However, as the statistics quoted in the beginning of this section indicate, this has changed dramatically. We’re in a “drought” of happy childhoods these days. Parents need to recognize this and start valuing happiness more.

5 Responses to Which is More Valuable: A Happy Childhood or a Spot in an Elite University?