Elementary Schools Are Enemies of Play 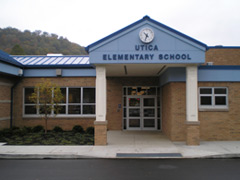 Young children have always had to deal with a sharp decrease in their free play time as they transitioned over a couple of years from no school to elementary school, which they attend about seven hours a day.

However, in decades past, schools recognized that children of that age need a lot of play to develop appropriately. They had ample recess breaks with free play every day during the school day, and they let children leave school behind them every day when they went home.

In recent years, though, elementary schools have become enemies of children’s play. Many are working to eliminate play at school recess and to eat away at the small amount of play time children have at home by assigning more and more homework. Recess: Schools Work to Eliminate Play at School
Numerous schools across the US have eliminated recess entirely or reduced the amount of time to devoted to it. This is true despite the numerous research studies that show that recess actually helps elementary school children learn better in school.

An organization called Rescuing Recess has recently been formed to bring recess back to schools, and it is sponsored by such organizations as the Cartoon Network, the National Parent Teacher Association, the Centers for Disease Control and Prevention and the National Education Association. That’s quite an impressive set of supporters.

A National Parent Teacher Association press release announcing the formation of Rescuing Recess states that 40 percent of American elementary schools have either eliminated or are considering eliminating recess.

In addition, many schools like Palo Alto’s Addison Elementary, are re-engineering recess to take all the fun out of it. For instance, children at Addison can’t touch each other in any way, so playing tag or even high-fiving could result in a suspension.

According to a New York Times article, children at Oakdale School in Connecticut can’t play competitive games, and were prohibited from playing with a ball until parents protested and were able to get a non-competitive, supervised form of kickball instituted twice a week.

Children are still encouraged to be active, according to the principal, and are “free to walk the grounds with the school nurse, or depending on the day, sing in the chorus, play chess or pick up litter.”

Despite this trend, no one can point to research that says that homework actually helps elementary school kids perform better academically. No correlation between homework and performance has been found. (See this article for a great overview of the evidence, or lack thereof.) Nada. Zilch.

The person responsible for this rule is Duke University psychology professor Harris Cooper, who is perhaps the most famous academic researcher on the benefits of homework. Ironically, in his popular book on the subject, The Battle Over Homework, he states that there is no evidence that homework improves academic performance for elementary school students. His recommendation for homework every night for elementary school students is based not on research evidence but on his intuition that it helps them develop time management skills. Intuition. He has no evidence. Thanks, but no thanks, Professor Cooper.

We Can Work to Reverse This Trend
So, schools are robbing children of their childhoods. They play less and suffer the effects of this, but according to the research, they get no benefit from playing less. What can we do to fight this trend?

Fortunately, there are many examples of schools and parents fighting back successfully. For instance, Denise Clark Pope of Stanford University’s School of Education has started a movement called “Stressed Out Students” (SOS) that puts reduced homework at the centerpiece of its recommendations. Many schools have recently announced reduced homework policies, citing SOS as their guide. SOS runs an annual conference for principals to show them how to implement their recommendations.

Oak Knoll Elementary School of Menlo Park is surrounded on all sides by some of the most competitive, homework-heavy elementary schools in America, but it has a very well-articulated “reduced homework” policy. Principal David Ackerman has the full support of parents in his community, and Oak Knoll’s test scores indicate that it’s keeping up with its neighbors academically.

In the final analysis, vocal parents get the school policies they want. Addison and Oak Knoll, two schools within a couple of miles of each other, have taken the very different paths they have on this issue because they’re doing what their parents have requested. So, if you believe your elementary school should have real recess and a no homework or reduced homework policy, you need to fight for these things or move to a school that already has them, as I just did.

5 Responses to Elementary Schools Are Enemies of Play